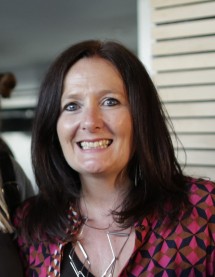 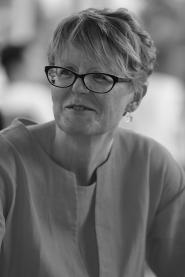 Professor Katherine Brickell is Professor of Human Geography at Royal Holloway, University of London. Her research focuses on violence against women with a particular focus on domestic violence and state-sponsored violence against female human rights activists. This research has been published in ACME, Annals of the Association of American Geographers, Area, Dialogues in Human Geography, Journal of Interpersonal Violence, Progress in Human Geography and Transactions of the Institute of British Geographers. Katherine has led an ESRC–DFID-funded research (2012-2015) project questioning the efficacy of domestic violence legislation in supporting the needs and interests of survivors in Cambodia. Her monograph ‘Gender, Violence and Survival in Necropolitical Cambodia’ (Wiley-Blackwell) draws on 15 years of research and will be published by the Wiley Royal Geography Society series in 2019. 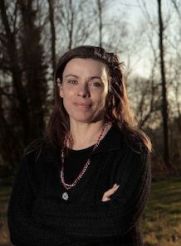 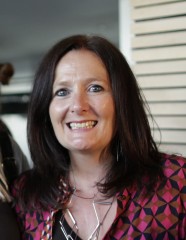 Professor Cathy McIlwaine has a background in researching international development in the global South on issues of gender, poverty and violence in cities and she has spent the last 15 years working on issues of international migration in London. With a specific focus on the Latin American community, the latter research focuses on low-paid migrant labour highlighting how this is differentiated in intersectional ways by gender, ethnicity and nationality. She also works on transnational livelihoods, citizenship and political participation among migrants from a gendered perspective. Cathy has published ten books including most recently ‘Cities, Slums and Gender in the Global South’ (with Sylvia Chant) (Routledge, 2016), ‘Cross-Border Migration among Latin Americans’ (Palgrave Macmillan, 2011) and ‘Global Cities at Work: New migrant divisions of labour’ (with Jane Wills, Kavita Datta, Jo Herbert, Jon May and Yara Evans) (Pluto, 2010) as well as over 40 journal papers. She is a trustee of the charity Latin Elephant and an advisor for the Latin American Women’s Rights Service. Cathy is currently directing an ESRC/Newton-funded project on ‘Healthy, Secure and Just Cities’ that explores Violence Against Women and Girls among Brazilian women in London and among women in Rio de Janeiro in transnational perspective.

Professor Gillian Rose, Professor of Human Geography (School of Geography and the Environment, University of Oxford)

Professor Gillian Rose is Professor of Human Geography at the University of Oxford and a Fellow of the British Academy.  Her current research interests focus on contemporary digital visual culture and on so-called ‘smart cities’.  She is the author of ‘Visual Methodologies’ (Sage Publishing, fourth edition, 2016), as well as a number of papers on images, visualising technologies and ways of seeing in urban and domestic spaces. She is currently leading the ESRC-funded project ‘Smart Cities in the Making: Learning from Milton Keynes’; her particular interest is how digital visualisations operationalise smart cities. Gillian blogs at visual/method/culture.

Professor Katharine Willis’ work is concerned with exploring the many ways through which we perceive and interact with our spatial environment. A key aim of her work is to propose approaches for creating legible environments when urban space is experienced through new technologies. She is currently leading the ‘AHRC International Research Network: Whose Right to the Smart City?’ research project, a network examining how and why cities and people are shaping technologies to suit their needs and the role of civic inclusiveness in this process, drawing on knowledge and perspectives from marginalised city contexts at a range of geographical levels including the UK, Brazil and India. Her previous project, lasting from 2012 to 2015, ‘Digital Neighbourhoods’, investigated how the implementation of superfast broadband access can be designed to support transformational impact on deprived neighbourhoods in Cornwall. The project, part funded by the European Regional Development Fund, studied the impact of access to broadband on how people interact and use semi-public spaces in their neighbourhood and the consequential effect on social inclusion. The aim of the project was to deliver recommendations for significant improvement for integration of online social networks with place-based communities in order to overcome digital divides at a neighbourhood level. She is the author of ‘Netspaces: Space and place in a networked world’ (Routledge, 2016) and ‘Digital and Smart Cities’ (with Alessandro Aurigi) (Routledge, 2018).

Biography and photo taken from profile on University of Plymouth website.
Advertisement

Unless otherwise stated, images on this site are from sources providing high-quality, rights-free images for which we are very grateful.

Follow Gendering the Smart City on WordPress.com
Join 17 other subscribers